what is a carbon footprint? 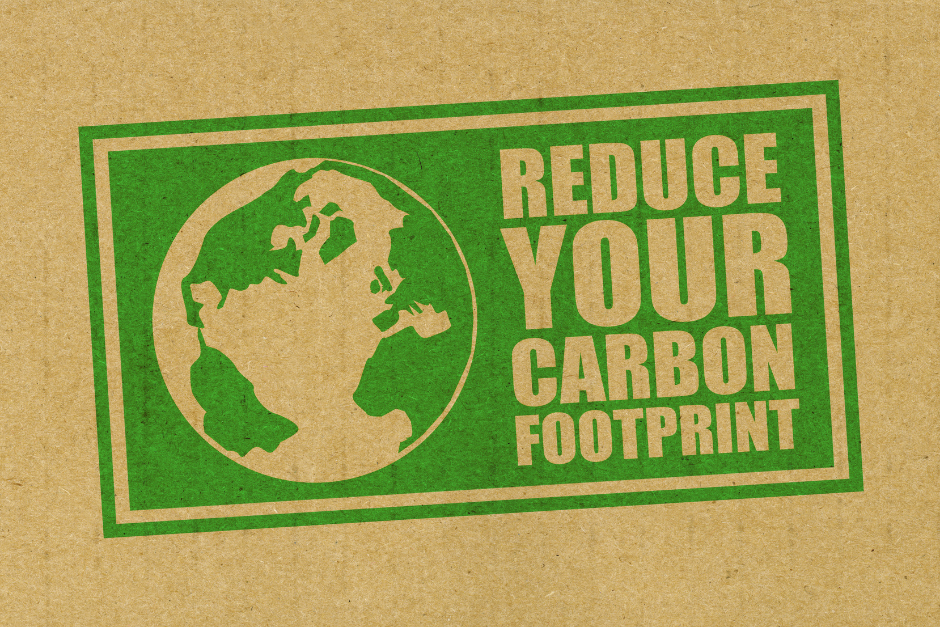 These days, you may be hearing about carbon footprints a lot — how to measure them, how to reduce them, etc. What is a carbon footprint? It’s basically a way to assess the total amount of greenhouse gas emissions generated; this can be by a person, a company, or even a country.

You probably already know that greenhouse gases lead to global warming – it’s why there’s so much discussion about needing to reduce carbon emissions. But in fact, carbon is not the only greenhouse gas; there’s also methane, nitrous oxide, and fluorinated gases. Carbon just makes up the largest percentage, so the footprint is usually measured in carbon-equivalent (CO2e) amounts. Carbon footprints are a shorthand measure for how much you are contributing to climate change, so the smaller your footprint is, the better.

So what is the carbon footprint actually measuring? It’s all of your daily activities and how much in emissions those activities generate–and this is key–both directly and indirectly. An example of direct activity is driving a car that runs on gasoline; it’s burning fossil fuels and literally pumping carbon dioxide directly into the atmosphere.

You may say, well I don’t have a car so I’m not putting out lots of carbon. Think again! A carbon footprint includes not just carbon you are directly responsible for, but also indirect impacts you may not have even realized, through your daily activities.

Let’s say you have a bike. Now, you don’t emit carbon by riding your bike, but at some point that bike was most likely delivered to the store by truck, which does. In fact, any purchase indirectly generates carbon emissions from the trucks (or planes or ships) that transport those goods.

The appliances in your home can consume a lot of energy, depending on how efficient they are. Even what you eat has an impact. It takes a lot more feed, water and land to raise animals than to grow vegetables. So, if you’re a vegetarian, your carbon footprint will be smaller than someone who eats meat (if everything else is the same), since it takes less energy to get your food to you.

The carbon footprint isn’t strictly about the carbon emissions you generate personally; it’s about the wider impact of all your activities, what you buy, how you travel, how much energy consumption you’re triggering. There are websites and apps that can calculate what your carbon footprint is. Keep in mind, these are just approximations.

But many of these tools might also give you suggestions on how to reduce yours, like using public transit instead of driving, turning down the heat in the winter, or using reusable instead of disposable items. It’s a quantitative way to give you an idea of just how much your activities contribute to global warming — both directly and indirectly — and help you make improvements.