spotlight: a green mountain in the city of fukuoka, japan 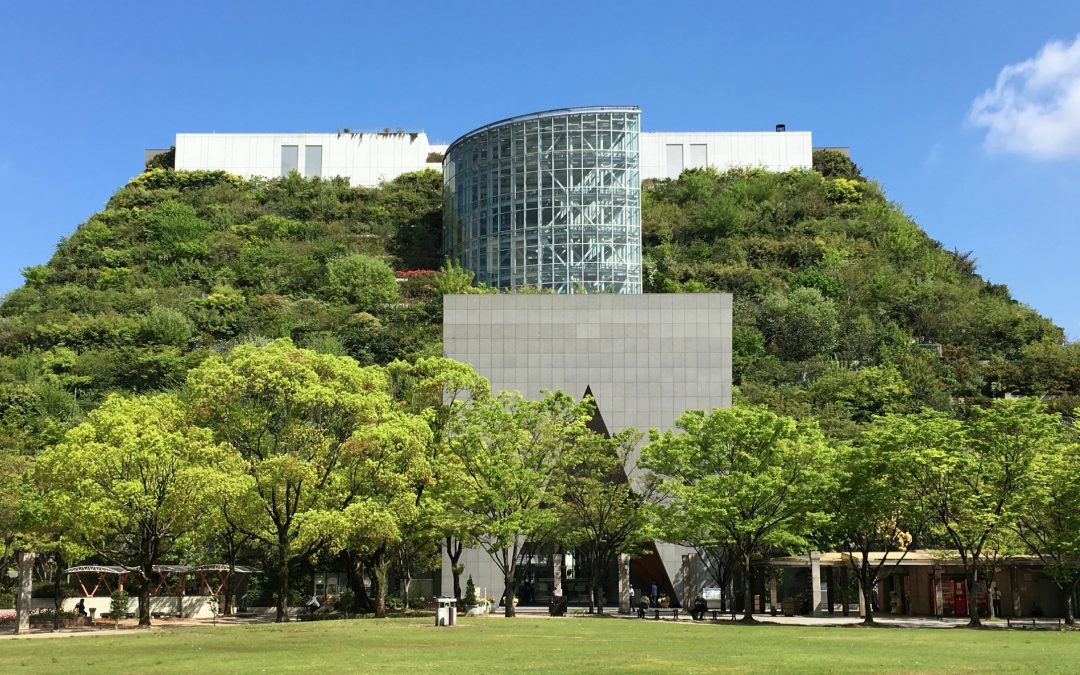 Have you ever heard of the green mountain in Fukuoka City, Japan? Well, to be exact, it’s not a real mountain! It is, however, a remarkable example of green architecture.

This green mountain is the ACROS Fukuoka Prefectural International Hall. Completed in 1995, it was designed by the green architect Emilio Ambasz. The hall is a center of international, cultural and informational exchange, with over one million square feet of event space, including a music hall, museum and exhibition space, and library. This spirit is even symbolized in the name ACROS, an acronym for “Asian Cross Roads Over the Sea.”

Physically, the ACROS Hall resembles a lush green mountain, as a 14-story-high pyramid with  terraced step gardens all the way up. Greenery is planted on the roof of each story, and the gardens are open to visitors, for meditation, relaxation, and escape.

When it opened, there were 76 plant varieties and 37,000 plants. But since then, the gardens have expanded their biodiversity. Now there’s about 120 varieties and 50,000 plants!

Green roofs actually do double duty. In additional to looking pretty, they also have a cooling effect. The dense greenery absorbs heat from the sun, acting as insulation for the building below and reducing cooling costs.

Greenery also helps cool the surrounding air. A Kyushu University study found that the garden and park areas at the ACROS Fukuoka have cooler temperatures than the street-level concrete below!

There’s also a stepped series of reflecting pools on the terraces connected by water jets spraying water upward. This creates a “climbing waterfall” effect and also helps block out some of the ambient city noise.

ACROS Fukuoka is a perfect example of biophilia, an integration of nature with urban life. The garden and park side make you forget you’re in the middle of a city. And the opposite side looks like a typical office building in the center of the financial district.

It’s proven that being in nature helps to reduce stress and improve mood, and the green mountain in Fukuoka is a great place to enjoy it!