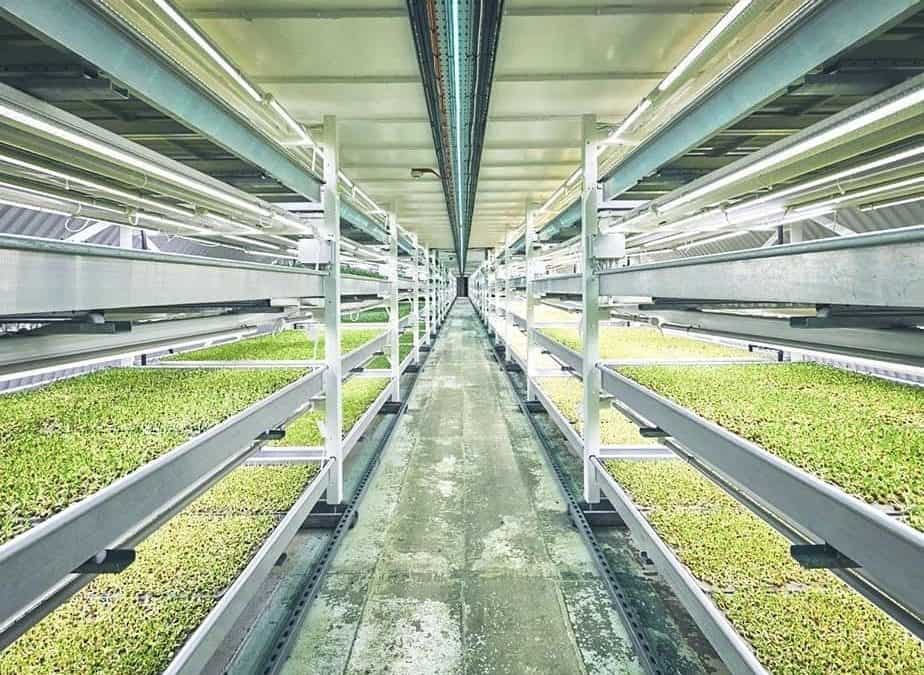 If you live in an urban area, you may have noticed more hydroponic farms popping up in and around your neighborhood. Hydroponics is growing plants in water, not soil. It may appear in unexpected places, like rooftops and indoor vertical farms. But have you ever heard of an underground hydroponic farm?

Growing Underground, in London, UK, is just that! Beneath the streets of Clapham in south London, there is a hydroponic farm. And it’s located in a former World War II air-raid shelter 100 feet below London. They’re proud to have started an agricultural revolution, touting their status as the world’s first subterranean urban farm. How’s that for history-making?

The farm grows a variety of microgreens and herbs like baby watercress, pea shoots, and red cabbage year-round. LED lights mimic sunlight, and sensors placed throughout the farm measure all sorts of data points like temperature and air velocity in order to create the optimal controlled environment for cultivating fresh, tasty greens. And, they use zero pesticides or herbicides.

Growing Underground is committed to sustainable growing. Hydroponics is itself a sustainable technology. Water is recycled and reused, so it uses much less than regular field farming; their system uses about 70% less. Not growing in soil also removes the chance of contamination from agricultural run-off.

The farm sells its produce in recyclable packaging. In addition, it relies 100% on renewable energy and aspires to achieve a zero-carbon rating. Its central location in the city means that the greens travel much fewer food miles, so customers get truly local fresh produce. Growing Underground sells to wholesalers, restaurants, and London residents through online grocery services. Their promise is “farm to fork” in less than 4 hours!